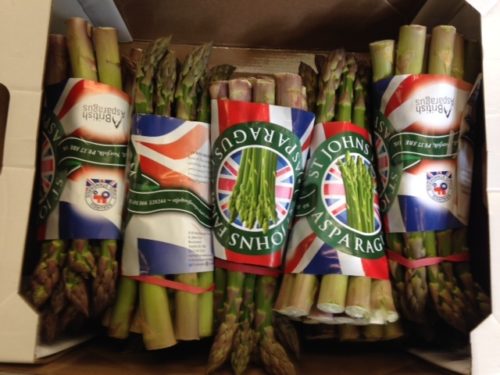 How do you solve a problem like the “British” consumer?

All of those concepts have slightly different connotations for every consumer. That’s because each of them has a certain element of crossover and four of them – British grown is pretty unequivocal – can be defined in very different ways. In fact, they are often twisted to suit the motive and outlook of the person who is defining them.

Most products are in season somewhere in the world all year – but a huge amount of people equate seasonality with British. Provenance really signifies origin – surely every product comes from somewhere! Locally grown is routinely attached to anything from ‘on-your-doorstep’ to ‘from the same country’. Last but not least, fresh is probably the most over-used and misunderstood. It’s not popular to say that British does not necessarily mean freshest, but if it did, we would have an incredibly short window of availability for our home-grown crop.

Perhaps it’s equally as pertinent to ask who and what or who is the ‘British’ consumer’? We live in a country that has become so culturally diverse in the last 40 years or so that it is now very hard to pinpoint a typical British consumer. Even the majority of those who we may have been put in that bracket a while ago have had their palates changed irrevocably by expectations raised by travel, availability, TV chefs and the rest.

London’s population is arguably as culturally diverse as any other city on Earth. Officially, in 2014 there were 3.1 million people living in London who were born outside the UK and it’s reasonably safe to assume that this figure has risen since then. Only 45% of the capital’s population is classified as White British, with Indian and Black African the largest non-British groups.

What these five terms mean to an Indian, Nigerian or White British family therefore is likely to be very different. The media tells us consistently that home-grown is best and that consumer demand for British produce continues to grow. But it cannot be the be-all-and-end-all when there are so many consumers out there who have no particular reason to favour British products.

The diversity of the trader and customer communities at New Spitalfields Market reflects the population around it perfectly and that creates huge potential for using the five marketing concepts to push product year-round. I’d venture that there will be a new season pretty much every day of the year somewhere within the market. If you’d like to disprove this theory, then I know you would be more than welcome to root through every business on the market every day for the next 12 months – as long as you buy!

New seasons don’t automatically create the opportunity to trade more profitably on supply and demand as they did in the dim and distant, but every new season nevertheless offers a chance to push provenance and freshness. Social media has been abuzz with Jersey Royal potatoes and English asparagus in recent weeks, but why shouldn’t it go crazy for Chilean blueberries, Chinese garlic or Pakistani mangoes when they first arrive on these shores each year?

Generally speaking, consumers love a promotion and lap up any information we can give them. The truth is that while they might profess to buy British first and foremost, the majority of the fresh produce sold in this country is imported. In my mind, there is no need to hide that fact and there is so much more that could be done to help independent retailers and caterers to highlight the world of variety in produce.