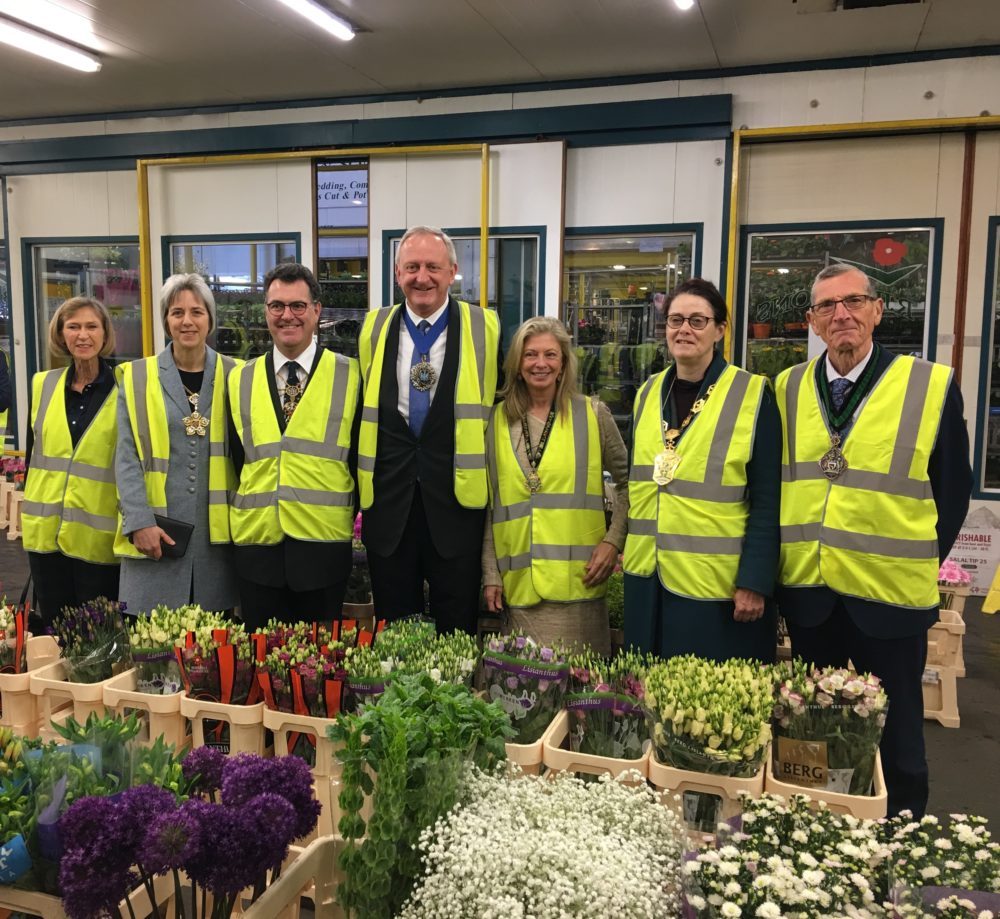 The Lord Mayor of London Charles Bowman made his annual visit to New Spitalfields Market last month and on a beautiful morning in sunny East London he, his sheriffs and other invited guests were given a guided tour of the site, followed by a traditional market breakfast.

After eating, Paul Walker, chairman of the Spitalfields Market Tenants Association (SMTA), said a few words about the market to the guests and then made two presentations. As has become customary, he presented the Lord Mayor with a cheque for £500 for his Appeal Charity – which this year is A Better City For All. The charity aims to bring together businesses, employees, neighbouring communities and charities to find solutions to some of London’s most pressing societal issues, which is a cause the market is more than happy to get right behind.

Paul then made a presentation to Chris Hutchinson, his predecessor as SMTA chairman, who recently vacated the position he had held since 2004 and became Paul’s vice chair. Paul thanked Chris on behalf of both the Corporation of London and tenants for his dedication to the role and for the many hours of time volunteered to the Association. Chris was presented with an antique fruit knife in recognition of all his hard work, and also a more up to date version that he could use in his daily work!

Chris thanked those present for their kind thoughts and generosity and paid tribute to the Association staff and representative council members for all their support, dedication and help throughout his 14 years as chairman. He also expressed his ongoing support for Paul as the new chairman and reiterated his intention to carry on as an active council member in the role of vice chairman.