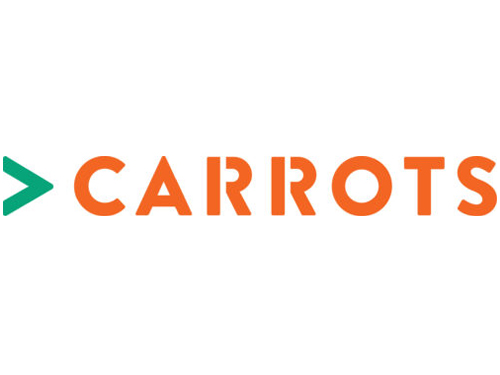 More Than Carrots, compiler of a veg-centric restaurant guide, has today launched a league table of London restaurants to enable people to easily compare them for their selection of meat-free dishes, before clicking through to OpenTable to make a booking.

A study released in conjunction with the league table reveals that over a quarter (28%) of Brits identify themselves as a ‘meat-reducer:’ or someone who is actively attempting to reduce meat in their diet.  That figure rises to 32% in London, yet less than a quarter of all dishes on London’s restaurant menus can class themselves as vegetarian.

The study was conducted by Censuswide and commissioned by More Than Carrots, which has systematically analysed restaurant menus to create the first veggie guide for meat-eaters.

Restaurants in London clearly have some way to go before creating better choices for meat-reducing Brits. On average, the typical UK ‘meat-reducer’ spends 13 minutes researching restaurants for dishes before choosing one. It turns out they have good reason, because five of the top 10 restaurants from the National Restaurant Awards dished out in June have a grand total of zero vegetarian main dishes on their a la carte menu.

More than 1 in 5 (22%) meat-reducers disagree that restaurants make it easier for diners to eat less meat and 73% say they have avoided a restaurant or would avoid a restaurant due to its lack of non-meat options.

The survey also sought to understand the motivations behind the behaviour of British consumers. The findings show that a quarter (26%) of UK ‘meat-reducers’ are avoiding meat due to the impact on the carbon footprint, and 15% say they are cutting down on meat to help reduce de-forestation.

Annette Burgard, the founder of More Than Carrots, said that many more consumers are beginning to realise the impact that reducing meat in their diet can have on the environment. “However, we have found that people struggle, especially at restaurants. To help  them, we are providing the first guide that enables diners to directly compare restaurants, and visit the ones that make it easy for them to choose the most appealing veggie option.”

Using public ratings and menu analysis, More Than Carrots has to date ranked 700 restaurants according to how likely it is that a meat-eater will be tempted by their meat-free options. The ranking system is free to use via a league table on its website.

Annette adds: “We have compiled this list by using an algorithm to analyse and score restaurant menus reliably and at scale. Our criteria are based on research from third-party studies and our own qualitative analysis of meat reducers’ behaviour. We are starting in London today, but our ambition is to roll out our solution UK-wide.”

Commenting on the results, Constantine Sandis, Professor of Philosophy and Author of The Things We Do and Why We Do Them, said: “Dining out can make it difficult for people to avoid eating meat, especially when they are in a group of meat eaters at a restaurant with poor alternatives. However, when a decent variety of vegetarian and vegan options is available, this normalises opting out of meat and makes it easier for people to do so. Restaurants have a big role to play in helping us to reduce our meat consumption. They can do so simply by providing menus which enable diners to avoid meat without having to make a statement of some kind.”