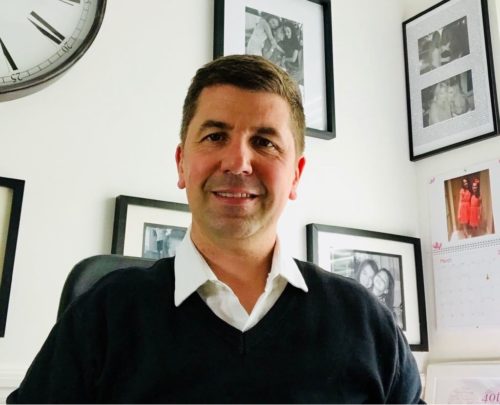 Paul Walker has been named the new Chairman of the Board of the Spitalfields Market Tenants Association (SMTA), as he and Chris Hutchinson swap roles on the board.

Hutchinson, managing director of Arthur Hutchinson Ltd at the East London wholesale market, had been Chairman of the SMTA since 2004, and now becomes Vice Chairman. Walker, who had been Vice Chair since 2010, is Company Director of Waldon Fruit Ltd. He now becomes Chairman.

Walker has worked in the fruit trade from the age of 13, when he began his first part-time job for a greengrocer in Basildon Market. On leaving school, he worked part-time for Waldon Fruit, his father’s firm in Stratford Wholesale Market, before permanently joining the business six months after it had moved into New Spitalfields. He worked in every role in the company and, to supplement his income, also ran five market stalls and did a catering round after work, before taking over Waldon Fruit at the ripe old age of 30, 14 years ago.

“I feel very honoured to have been asked to take over from Chris. His are big shoes to fill,” said Paul. “He’s been the Chairman for as long as I can remember and he has done a tremendous job. Chris has also taught me a huge amount about this role over the last few years and hopefully I can now do as good a job as he has done.”

“It’s a tough job – one that requires you to dedicate a lot of time while still running your own business. It also, at times, requires you to make decisions that will not please every one of the tenants in the market. Every decision you make has to have the best interest of the market at heart and with a possible move on the horizon and the running costs of the market rising, I’m sure there will be some difficult negotiating coming up as I do my very best to fight to keep costs and conditions as good for tenants as possible.”

Chris Hutchinson’s 14 years as chairman followed a 13-year stint in the same role for his father Arthur Hutchinson MBE, two lengthy tenures split by the SMTA’s previous chairman John Olney. “I am extremely proud to have served the tenants of this wonderful market as chairman for 14 years,” said Chris, pictured below on his stand. “That pride is only extended by the fact that I was able to follow my father into the role.

“I’ve thoroughly enjoyed the role, including both the pleasure of representing the market in the UK and overseas and the behind-the-scenes elements of chairing a board of wholesalers who share my passion for New Spitalfields, for fresh produce and flowers and for the wholesale market industry. There have of course been challenges, but we continue to be the UK’s premier wholesale market and I think the strength of the market now is testimony to the efforts we have all made to evolve with the times and adapt to the changing demands of our customer base.

“It feels like the right time to hand over the reins to Paul, who has been a marvellous Vice Chairman for the past eight years. I know he’ll do a great job and look forward to supporting him as he has supported me.”