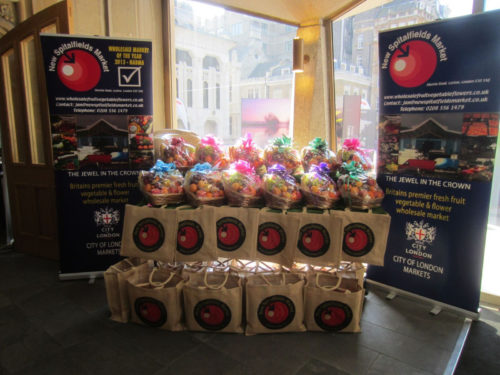 New Spitalfields Market was out in force to support the Lord Mayor of the City of London as he hosted the 10th annual Lord Mayor’s Big Curry Lunch on April 6.

The event sees the City unite in recognition and support of the wonderful job being done by the British Armed Forces. It took place in the stunning surroundings of Guildhall and raises much needed funds for soldiers and veterans who have been affected by military service in Afghanistan and Iraq.

Since its inception in 2008 the Lunch has raised almost £2 million for The Soldiers’ Charity.

The Big Curry Lunch is always a fun event, and diners were able to catch up over a curry, take part in the many and varied activities including three prize draws, and bid in the silent auction for ‘money can’t buy prizes’.

We were there alongside the Worshipful Company of Fruiterers, the livery company for the fresh produce trade, and donated the fruit for a stall selling fruit baskets for the charity. There were other donations from liverymen and their firms, including strawberries from Rodanto, strawberry gin from Wilkins of Tiptree and olives from Meditteranean ingredient supplier Belazu).

And another New Spitalfields Market tenant Peter Thomas of Prescott Thomas made the baskets and a barrow display, which added great flavour to the proceedings and help the Fruiterers raise a healthy sum towards the most worthy of causes.

The first picture below shows (right to left) market tenant Peter Thomas with his daughter Vikki, Past Master Fruiterer and market supplier Henry Bryant and Jimmy Huddart, who is the Fruiterers porter and also a retired porter from New Spitalfields Market, all of whom helped to sell the fruit baskets.

The second picture shows HRH Prince Andrew with Master of the Worshipful Company of Fruiterers Denis Surgeon and Peter Thomas of Prescott Thomas.

And the third image shows the beautiful fruit baskets lined up ready for sale. 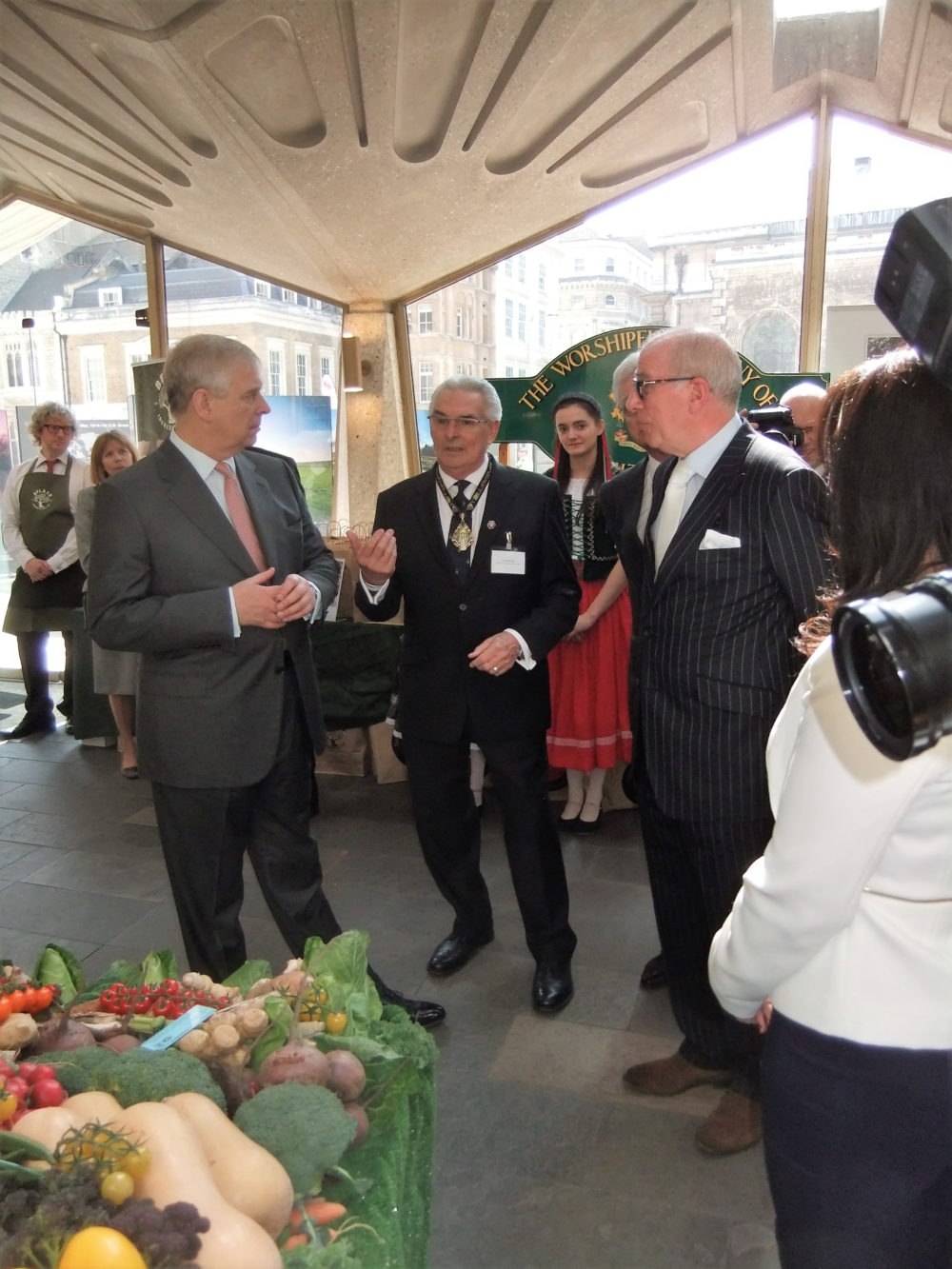 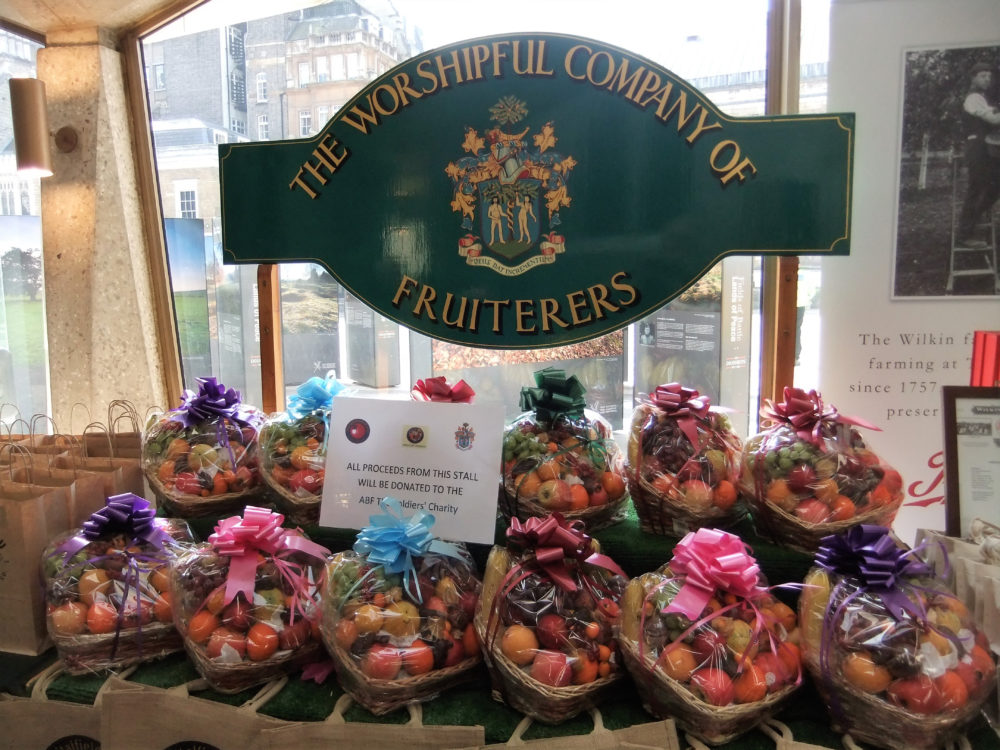