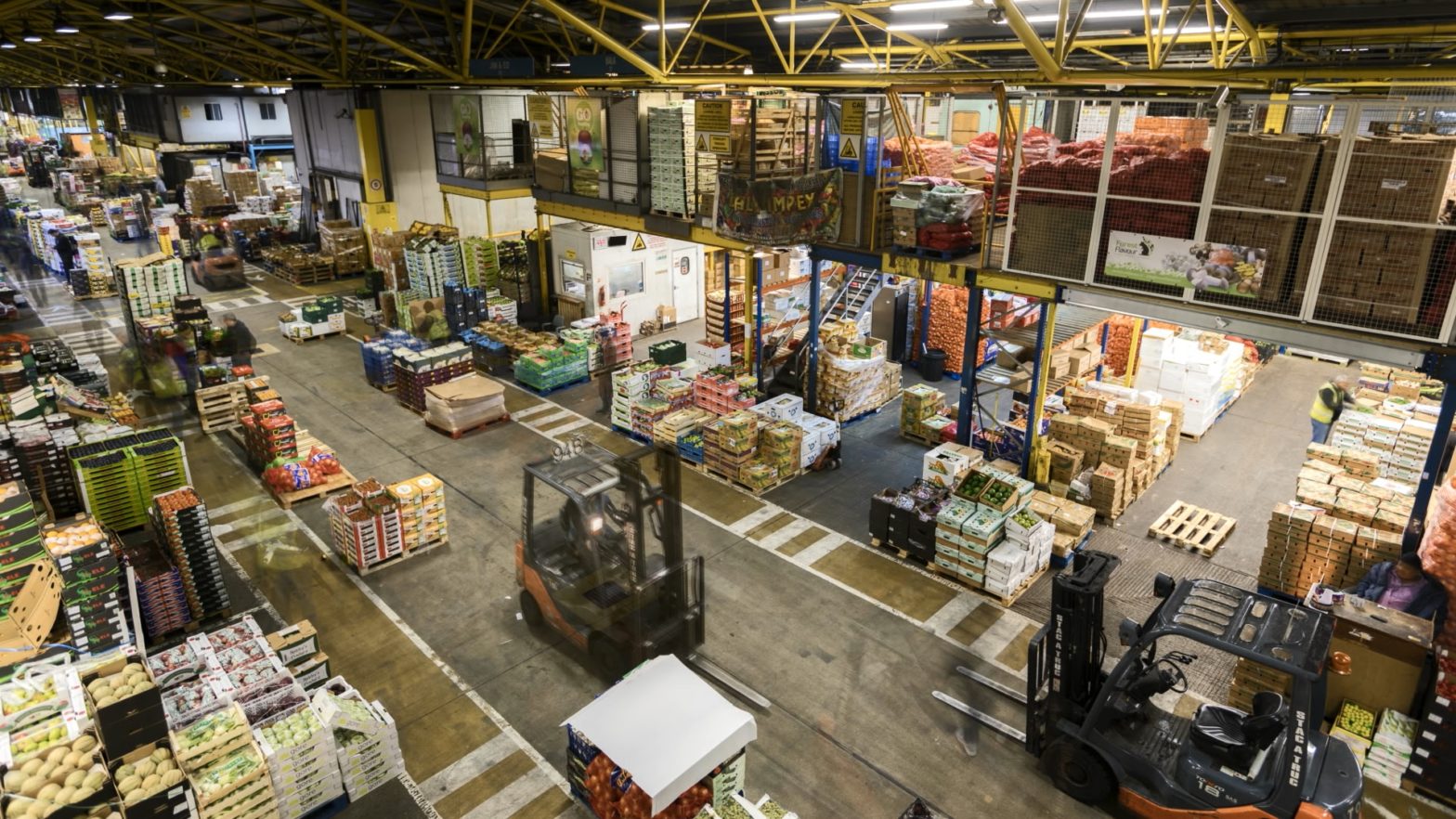 Jan Hutchinson, chief executive of the Spitalfields Tenants Association at New Spitalfields Market, outlines how the market has had its value highlighted during the crisis.

“Several of the New Spitalfields catering suppliers quickly adapted to the sudden and dramatic impact the lockdown had on their customer base and switched to meet the demands of the home delivered fruit, veg and sundry boxes,” she said. “Faced with the reality almost overnight of having no catering, hospitality or leisure sector business to service at all – they showed the dynamism and flexibility that goes hand in hand with the trading mentality of the wholesale market to meet a new and burgeoning demand.

“Fruitnet.com reported last week that box scheme deliveries have doubled during the Covid-19 crisis and our experiences would certainly bear that out,” added Jan. “Just as the catering firms have adapted their business models, the wholesalers at New Spitalfields have also been heavily involved in this aspect of the trade, helping their customers around London and the south east to set up delivery schemes to consumers unable to venture to the shops during lockdown. Both independent retail and street market customers have continued to supply their own loyal customers with high-quality fresh produce sourced every night from the market and we’re extremely proud to have been able to play our part in their fantastic efforts.

“While no-one can really predict what comes next with any great certainty, I would hope that the work we and our wholesale market colleagues around the country have done during the crisis will in some way have entered the psyche of British consumers and maybe built a new awareness of why wholesale markets are such vital food hubs for local and regional communities We know we’re great in a crisis; we’ve shown it many times before, but we don’t need a crisis to be great. The supermarkets struggled for a long time to find the means to meet the demand of their customers during Lockdown because their own business models are so rigid and I think we have shown precisely why wholesale markets remain an invaluable cog in the supply chain of our communities and will do for a long time to come.”

The traders at New Spitalfields have also been extremely generous in the donations they have made during the crisis to NHS staff and other key workers and London’s homeless. “Despite the fact that we’ve traded throughout,” said Jan. “No-one’s pretending that we’ve had a good time financially through this taxing period. A number of companies have been forced to close their doors, although some have started to return now.  I’ve seen stories about wholesalers around the country being incredibly generous with their time and products and here, we have been supplying whatever we can to charitable efforts such as Fuel Our Frontline and City Harvest. We have been the fresh produce wholesale market in East London for centuries and we genuinely care about our community – we always have and always will support our local people when they need us.”

The market’s social media feeds have reached out to the local community too. Social distancing guidelines were proving difficult to uphold at one point, but there has been a consistent flow of information in the market and non-trade customers have been excluded from the market until further notice. On twitter and facebook though, the tenants have continued to suggest alternative sources of fruit and vegetables for delivery across London, as well as reiterating the social distancing guidelines at regular intervals. “It has been absolutely crucial for us to ensure that we were doing our utmost to ensure that the market was as safe an environment as possible to trade in,” Jan explains. “Every tenant was made very aware of their own responsibilities and signs and leaflets have been used to keep the customers and suppliers aware of theirs too. It’s not been easy, but until now we have not heard of anyone who has caught the virus on the market floor. Maybe it helps that we’re trading during the colder hours and in an environment which benefits from a constant flow of fresh air – who knows?

“We’ve also tried through social media to be as supportive as we can of the street markets around London. Many of them have continued to serve customers and given them a better alternative to visiting a busy supermarket.

“All in all, I think the independent fruit and vegetable trade has stepped up to the plate magnificently and we will all look back on this with pride when it’s over. We hope that’s sooner rather than later, of course, but whenever we get back to normal, we just ask that people remember who was there to support them when they needed it.”

Amazing progress made by the Great Fruit Adventure team