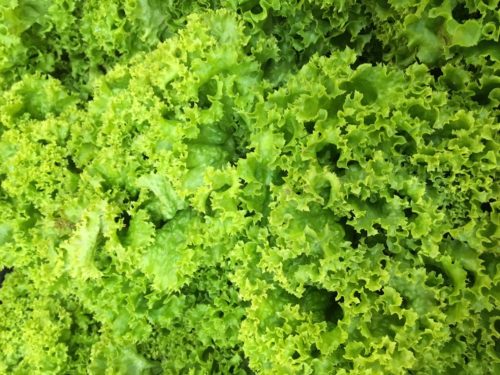 The playing field’s not level, but it’s still possible to compete

How do you compete with rivals in other sectors who consistently are able to source product at £1 or more a box cheaper than you?

The recent European salad and vegetable shortage brought this issue, which has faced the wholesale trade for years, into stark context. While the transparent vagaries of supply and demand caused shortages in wholesale markets and sent prices for product that was available skywards, the UK supermarkets refused to budge on price and as a result, for the first time in decades, there were notable gaps on their shelves.

That they chose to take such a hard-nosed stance while growers in southern Europe endured their worst growing conditions for 30+ years is pretty incredible. Whether it’s in the name of competition or not, routinely selling product at way below the cost of production is not strategic, it’s dumb. Particularly when the job is significantly short.

It’s also why a fast-growing band of growers and exporters around the world have had enough of the UK market. As more global markets open up with every year, fruit and veg suppliers have more options than ever before and can afford to look around. Spanish growers, for instance, have plenty of alternatives to the UK market, even though we remain a major volume market for them. But the strong-arm tactics that once made the UK’s supermarkets the envy of the world and now see them decried as arrogant, unrealistic and nightmarish to supply.

Does that offer opportunities to wholesalers? If first you take the thorny issue of price out of the equation, it just might do. If you’re prepared to recognise the shortcomings of the supermarkets, work out how your business can realistically take advantage of the holes they are creating in the supply chain, and get out there and strengthen your own relationships with suppliers, there has to be growth potential there.

Maybe you could even change the way you work with them. Too often on my travels, I suggest wholesale markets as a sensible route to market, only to be told that it’s too risky because ‘you don’t know who you’re working with’ or ‘you never know what you’ll get paid’. Surely there’s a way of changing those perceptions – it may require some initial investment, but all the healthy-eating signs point to the non-supermarket fresh produce job growing in the years to come in the UK, so if you get it right, the customers will be there.

There may still be people out there denying climate change, but in this industry, we’re seeing the impact of evolving weather patterns every year, in some part of the world. Let’s transfer these weather conditions to the southern hemisphere. If you were sitting on a shortage of product in Chile or South Africa – with customers in 50 or 60 countries around the world, wouldn’t you do all you can to sell your product to a customer that a) appreciates it (and you) and b) gives you a fair price?

I’m sure we’d all answer the same way. I know that the wholesale sector is living through pressurised times. But I believe New Spitalfields and other UK produce markets are still very well placed to help their customers compete with the discount-obsessed multiple retailers and support the continued expansion of independent retailers, street traders and catering outlets across the country.