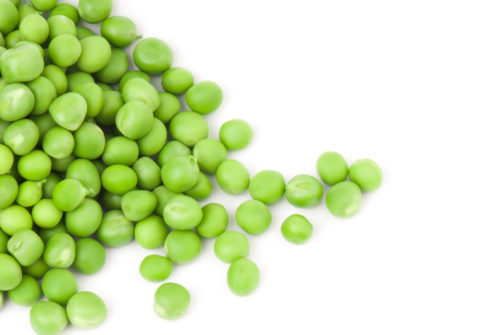 Veg campaign will benefit both trade and consumers

For as many years as I can remember, the fresh produce industry has lagged way behind its food and drink counterparts in the promotional stakes. For such an important sector, both in terms of feeding the nation and keeping them healthy, it’s bordering on tragic that so little of the wider food industry’s promotional spend is channelled towards its most naturally nutritious products.

There are very good, well-documented reasons for this, of course. And we’ve seen a few ill-fated attempts to launch generic promotional PR or marketing campaigns in the fresh produce industry. None were intrinsically bad ideas, but all of them fell down because there was a lack of will in the trade to be one of the few organisations to provide unconditional financial backing to an initiative that in effect would benefit everyone in the business.

However, there’s a new initiative in town that could well have found a solution – at least for the vegetable sector.

Charged with increasing consumption of vegetables in the UK, across all age groups and geographic and social demographics, the team at the The Food Foundation (FF) have turned the approach on its head. Rather than ask for cash to support a centrally devised and run campaign, they have asked people and companies across the vegetable strata to pledge to change the way they merchandise, sell, promote and think about vegetables. They have asked the production, retail, wholesale, foodservice and processing industries, as well politicians, local authorities and other people with widespread influence, to take responsibility in ways that will eventually benefit them as commercial entities and public servants. But first and foremost, they will benefit society.

Late last month, I attended the inaugural Vegetable Summit, organised by FF, and the outcome of the foundation’s first year’s work was quite remarkable. As part of its simple but effective #PeasPlease initiative, an incredible 40 private and public sector organisations have pledged to play their part in ensuring that Britons eat on average an extra portion of vegetables every day. The list of pledgers is extremely impressive and once you’ve read through their pledges – some simple, some more complex, but all full of possibilities, it’s not difficult to envisage the potential impact that lies in achieving the aims of these pledges.

The 40 organisations – and every other organisation that signs up from this point onwards – have wilfully put themselves in the position where their progress will be mapped, measured and made public. So it is fully in their interests both commercially and PR-wise to maintain the level of the commitment they showed at the Vegetable Summit. The FF is guaranteed to run #PeasPlease until 2020, and after three years of activity, we are pretty much guaranteed to have seen significant advances in vegetable consumption across the country.

The creation of Veg Cities is a great idea too as it allows the same organisations to engage with and be part of activities bringing entire communities together.
This is no project for the middle classes – its tentacles will touch the most deprived areas of the country and hopefully change the habits of the nation for generations to come. It should go without saying that the entire industry, as well as the British population, stands to benefit if vegetable sales increase to the targeted extent. I hope we’ll start to see pledges and support coming through from the wholesale industry soon.