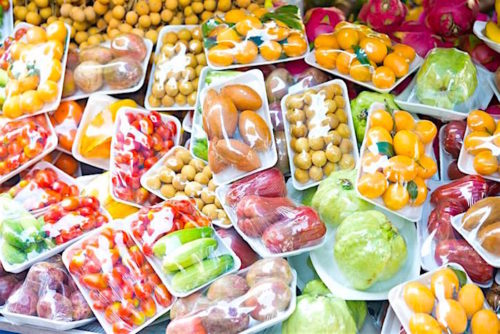 Why doing the right thing should not be competitive

A programme started in October 2017 to tackle the issue of waste at New Spitalfields Market has paid huge dividends in its first year. Market superintendent Ben Milligan, who has headed up the process, said the project, which not only reduces waste, but also monetizes some of that waste to the benefit of the market’s tenants, required a big culture change. “We were mindful that to go from what we had to what we aspire to was a big, big change in the market,” he added.

He admits that at times, it felt like his team had bitten off more than they could chew, but they have worked very hard to drive the principles across the market, to great effect. The market is the cleanest it’s ever been and it’s also a safer place and a more product-friendly environment.

Despite the success of an initiative that will only bring greater benefits to the market community and its customer base as it moves forward, there has been no great fanfare. What struck me most when talking to Ben was his underpinning assertion that “it was the right thing to do”.

The wholesale markets can be accused at times of operating in what some consider a bygone age; they work tirelessly through the night in all weathers, un-noticed by the vast majority of the population and largely unrecognised for the hugely important public service they continue to deliver. They don’t promote themselves to any great extent, even within their own industry, and they seldom herald their own achievements.

I was watching Watchdog the other night and on the programme Chris Bavin, a greengrocer and long-time friend of the wholesale markets turned brilliant TV presenter, highlighted the astronomical amount of plastic packaging used in the fresh produce aisles of the supermarkets of the UK. It got me back onto a train of thought I’d been stewing over for some months and I think it illustrates the difference in attitude and approach between the retail and wholesale sectors.

In the days before supermarkets, almost all fresh produce was sold loose. There was packaging involved, of course, but it was minimal. It was the supermarket chains that decided that plastic-based packaging was the way forward for fresh produce, because it promised greater on-shelf efficiency and the reduction in product wastage fed their massive margin expectations as well as to mask price hikes for loose fruit. If anyone can remember a time when consumers protested outside the supermarket doors because their fruit and vegetables were not packed tightly enough into punnets, plastic bags or flow-wrap then they have a better memory than me.

I’m not saying that plastic packaging is wrong per se – far from it. This industry is often derided for its part in the incredible volume of food waste this country produces; you can only imagine how much worse that situation might be if the packaging revolution hadn’t happened in the supermarket sector, particularly given the haphazard way some of them have routinely run their produce sections over the years. There are also plenty of fantastic packaging products out there that are derived from some form of plastic and could make a big difference to both retailer and consumer. But even when those products are able to demonstrate potential to vastly reduce waste, costs or both, the decision to use them, or more likely otherwise, will always comes down to the short-term, myopic economics forced on supermarket buyers by the powers above them.

It may sound a bit of an obvious question to ask, but as Ben said to me last month, when something is palpably right, why not just do it? Now that we know what we know about single-use plastic and the devastating impact our over-reliance on it is having on the world, most human beings would happily acknowledge all initiatives that reduce that reliance. It can only be a good thing, for instance, when UK retailers do as they did in April and launch a pledge to reduce plastic packaging. But for some bizarre reason, the pledge was sold as ‘voluntary’. In my opinion, there’s a simple reason for this, which in is at the root of everything that is wrong, and has gone wrong for this country’s supermarket businesses. It’s the messy combination of greed and fear that drives their decision making.

The over-riding reason a supermarket chain engages with these initiatives is the fear of losing customers by being branded, as Iceland was earlier this year on the plastic-packaging-in-fresh-produce front, as the “worst offender”. Like carbon footprints, sustainability and even Fairtrade before plastic though, a reasonably sensible concept with worthwhile long-term objectives soon gets usurped as each and every supermarket chain forgets the greater good and instead chases the competitive advantage of being seen as the most worthy.

The hard-working PR machines ensure that every little initiative introduced gets blown out of all proportion to maximise the halo effect for their chain. Just look at Morrisons ill-advised PR-stunt to remove plastic sleeves from its Dutch and British cucumbers in August. Predictably, it was lauded on social media, as it hoped. But it would be hard to find anyone in the produce industry who thought that was a great idea, and apparently it has caused plenty of problems in stores up and down the country. The PR team won’t be sending out press releases about that though.

Morrisons is far from alone – none of the major supermarket chains can escape criticism for their self-serving exploitation of things they should be doing as a matter of course.

Politicians from all parties, all around the world, are consistently showing us just how divisive it can be to follow personal interests rather than work in the interests of the people they are elected to serve. That requires a sense of what’s right, as well as hard graft and sometimes compromise. Humility is in short supply these days; maybe they should all visit their local wholesale market and get back to the future.